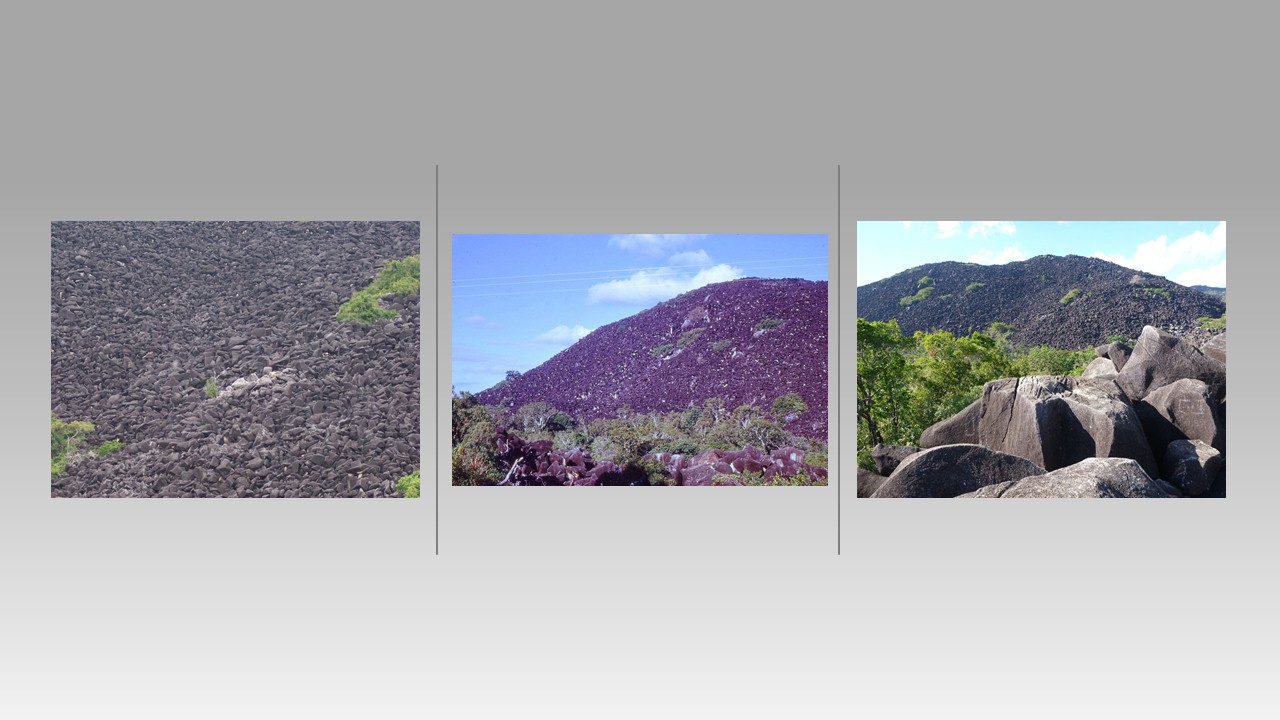 Legend says entire herds of cattle have disappeared within this boulder strewn landscape.

This mountain is blanketed by a sprawling jumble of granite boulders. Blue green algae and oxidized minerals give the rocks a grayish black colour, transforming the mountain into an almost unearthly dark landscape. The boulders heat up during the day, and when suddenly cooled by rain, they contract explosively.

Some of the boulders are as large as houses and are cracked by deep crevices. These gaps create maze like passages across and under the mountain side. These crevices and gaps add an element of danger to the land, as not everyone who enters is guaranteed to return.

The local aboriginal tribes have always shunned the area, which they call Kalkajaka or “The place of the Spear” (sometimes translated as “The Mountain of Death”). They believed evil spirits dwelt in the abysses between the rocks.

Later, white settlers created had their own myths regarding the area. Over the years, people and even whole herds of cattle are said to have vanished from the vicinity. There are also reports of aircraft compasses going haywire when flying over the area.

The Mulligan Highway marks the western edge of the Black Mountain National Park and it is approximately 15.5 miles southwest of cooktown.