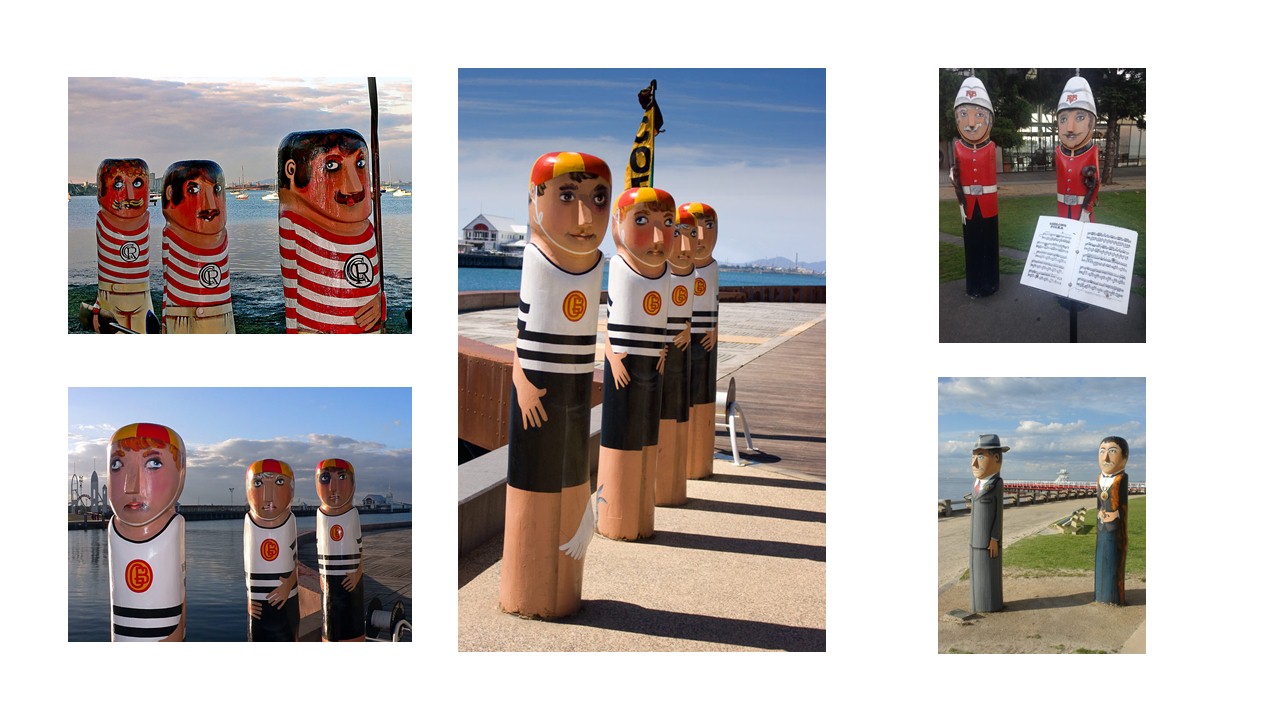 What do you do with a pile of old wharf timbers? If you’re a commissioner in the Australian city of Geelong on the Corio Bay, you enlist the help of a local artist to turn them into whimsical portrayals of dozens of unique characters that illustrate the history and culture of the city.

More than 100 of these playful figures now greet visitors along the 2-mile Bollard Trail on the Geelong waterfront. Each was hand carved and painted by the well-known artist Jan Mitchell. (Keen observers will note the abundance of decorative bunnies festooning the bollards, as well as some of the sly and scandalous humor that Mitchell wove into her creations.)

There are 104 figures in total, depicting all sorts of different characters from the region’s earliest history up until modern day. There is a Koori family, celebrating the nation’s aboriginal culture; the Geelong-born musical comedy star Carrie Moore; lady swimmers sporting beachwear from the 1880s to the 1950s; the Sisters of Mercy; Ian MacDonald, the city surveyor behind the Eastern Beach complex; “Nancy Natty Knickers” riding her velocipede; and many others.

Mitchell produced the now iconic bollards between 1994 and 1999. She passed away in 2008, and to honor her a bollard portrait was made of her, which accompanied a special commemorative exhibit of her work.

The bollards can be found along the Geelong waterfront bay walk, stretching from Limeburner’s Point to Rippleside Park. The Bollard Trail is about a 2 hour walk one way, and passes 48 attractions along the way, with bollards at each stop.