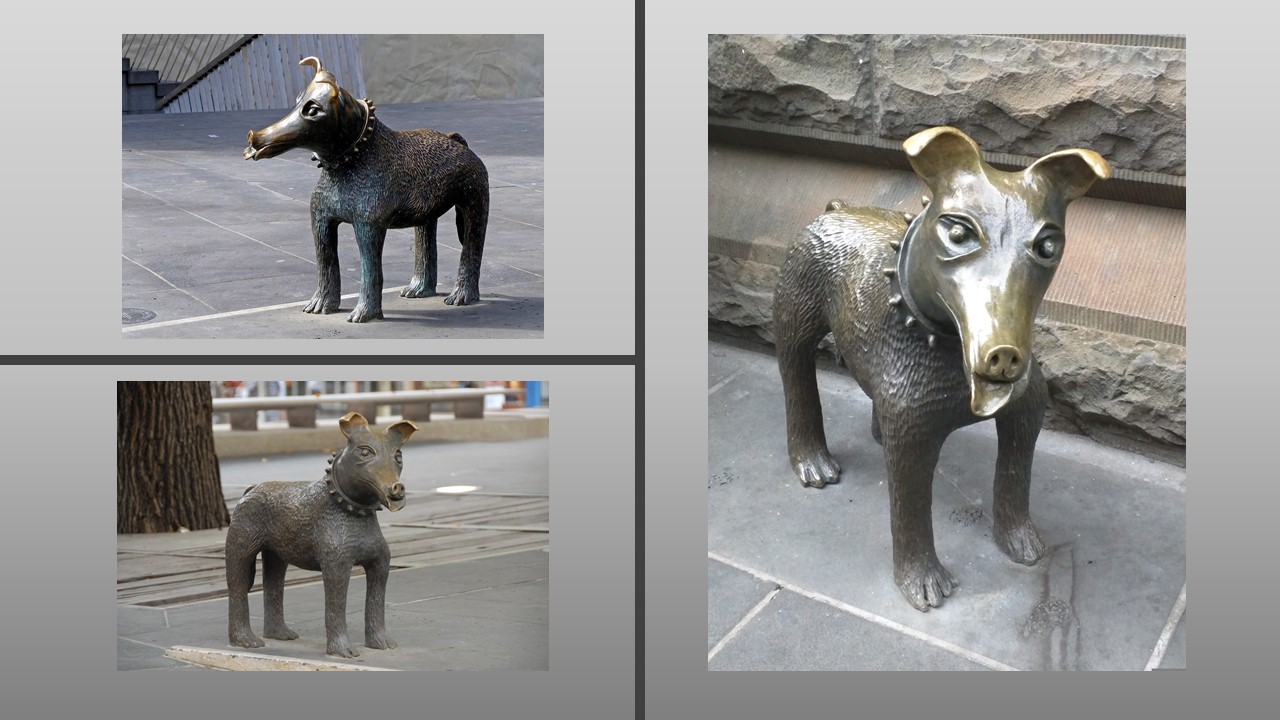 In 1992, Sculptor Pamela Irving’s latest work, “Larry La Trobe,” was unveiled in Melbourne’s city center. The cheery, inquisitive looking Larry was an immediate hit with the public, but in August 1995 he was stolen – despite being anchored to the site by foot long bolts.

The life size pooch is loosely based on Irving’s own dog, Lucy, and his name is inspired by the word for Australian boisterous behavior, “larrikinism.” The pup’s surname, “La Trobe,” was appended to represent the relationship between Melbourne and the state of Victoria; Charles La Trobe was the state’s first Lieutenant-Governor, from 1851 to 1954.

When Larry went missing, suspicion fell on university students or, worse, that he had been m,elted down. And despite a major media campaign and a 6 foot tall replica being displayed at the city’s annual community Moombaq Parade, he was never seen again.

Luckily, Peter Kolliner, the owner of the foundry where Larry was cast, produced another one, and though new Larry had a slightly different, redder tinge, in every other way he was just the same. The statue was revealed to the public by the Lord Mayor in late 1996, back at his old stamping grounds.

Larry got some sort of revenge the next year; the replica was taken to Osaka, Japan, a sister city of Melbourne, and entered into the Midosuji Parade, where it won the prize for Best Float.

In recent times Larry has gone roving again, to a spot outside the Town Hall. His original home is now a large construction site for the new metro underground.

Will he be moved back again? Irving, whose smaller, brightly colored “Puppy Larry and Larrykins” sculptures quickly sold out, says she feels he is safer in his new location: “He’s a much sought after pooch.”

The statue can be seen on Swanston Street outside the Town Hall in the city square in Melbourne’s CBD. You can get news about Larry, and post a picture of you and him, on his own Facebook page.