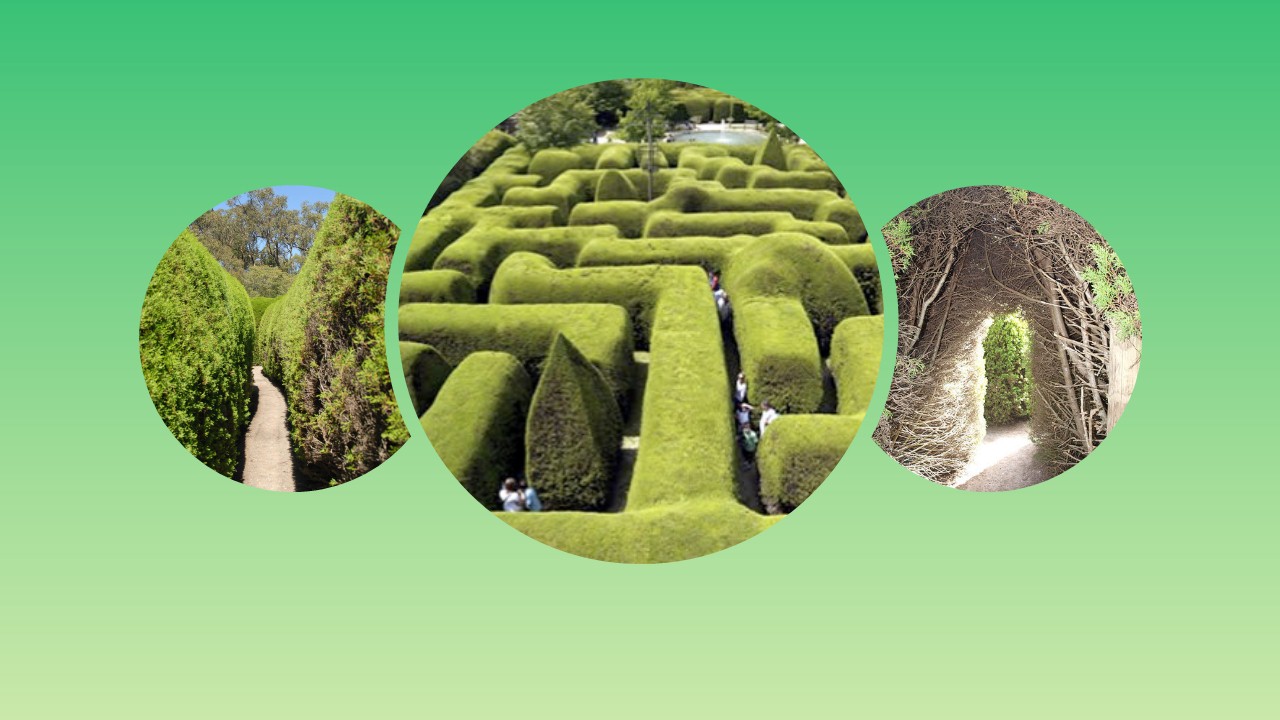 With rounded fluffy edges, (clipped back three times a year to keep them nicely sculpted) the nine foot high and six foot wide “Cupresses Macrocarpa” hedges take up a good portion of the over 25 acres Ashcombe occupies.

Among the other sights at Ashcombe are a “Lavender Labyrinth” with over 3000 Lavender Plants, a Circular rose maze with 200 Varieties of roses and over 1200 rose bushes. A popular event in the maze is the Great Gnome Hunt, where adults and children alike run around finding and writing down the names of every garden gnome they can find.