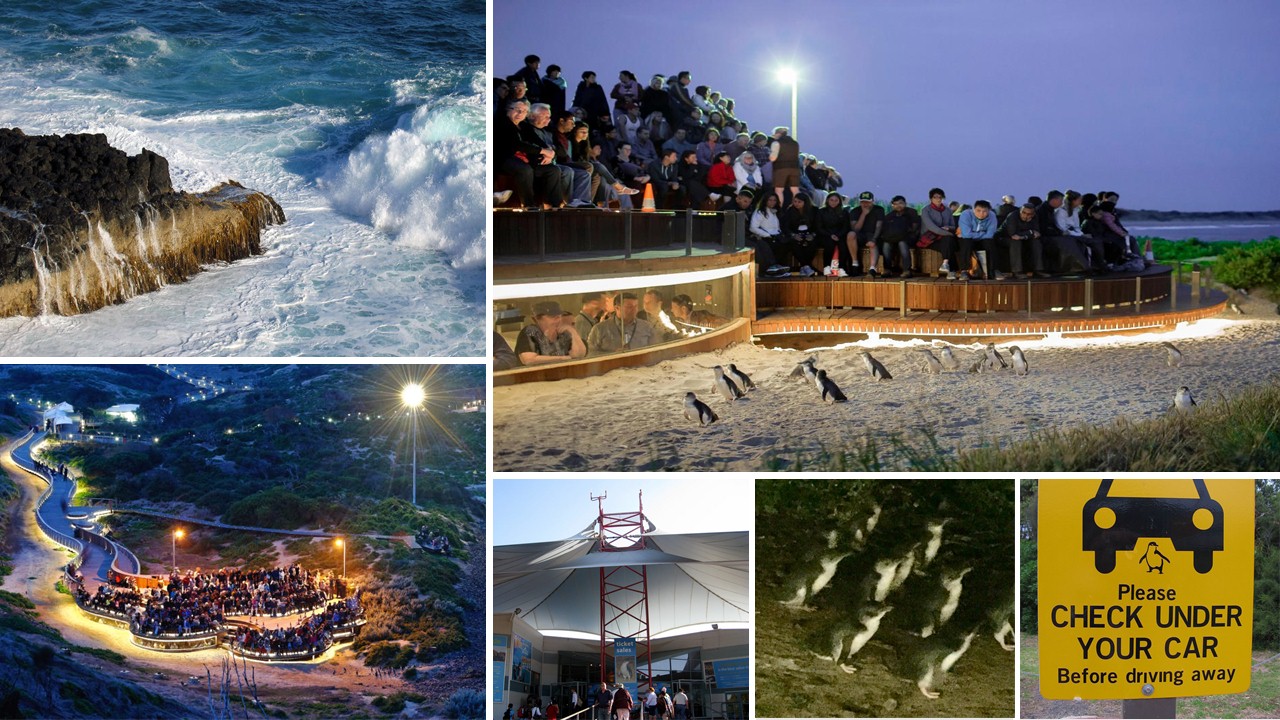 An unphotographable nightly march of tens of thousands of “fairy penguins” from sea to shore.

Approximately 65 million years ago, “fairy penguins” traded their wings from flippers in exchange for the ability to traverse the sea at distances of up to 100 Kilometers per day.

Today, theses little penguins remain the smallest of their kind on the earth, standing at an average height of just 30 centimeters (compared to Antarctica’s famed Emperor Penguins’ imposing 122 centimeters stature).

Officially known as the “Little Penguin” for obvious reasons, the one million Eudptula minor on earth exclusively calls Australia and New Zealand their home. Yet there is one place their dominion that remains most unique. Phillip Island. Here, there is a colony of 32,000 of these minuscule penguins makes there way from the sea to cubbies on land each and every night at dusk in what has become known as the “Nightly Penguin Parade.”

Visitors from all over the world flock to the Australian Island to witness this most endearing ritual with their own eyes, only to escape largely without proff of it ever having transpired; the birds eyes are so light-sensitive as to prohibit nearly all forms of photography (and certainly all those to non-professionals) which renders capturing these tiny, endearing pilgrimage largely impossible, proving that some of nature’s most adorable sights must be seen in person to believe it.