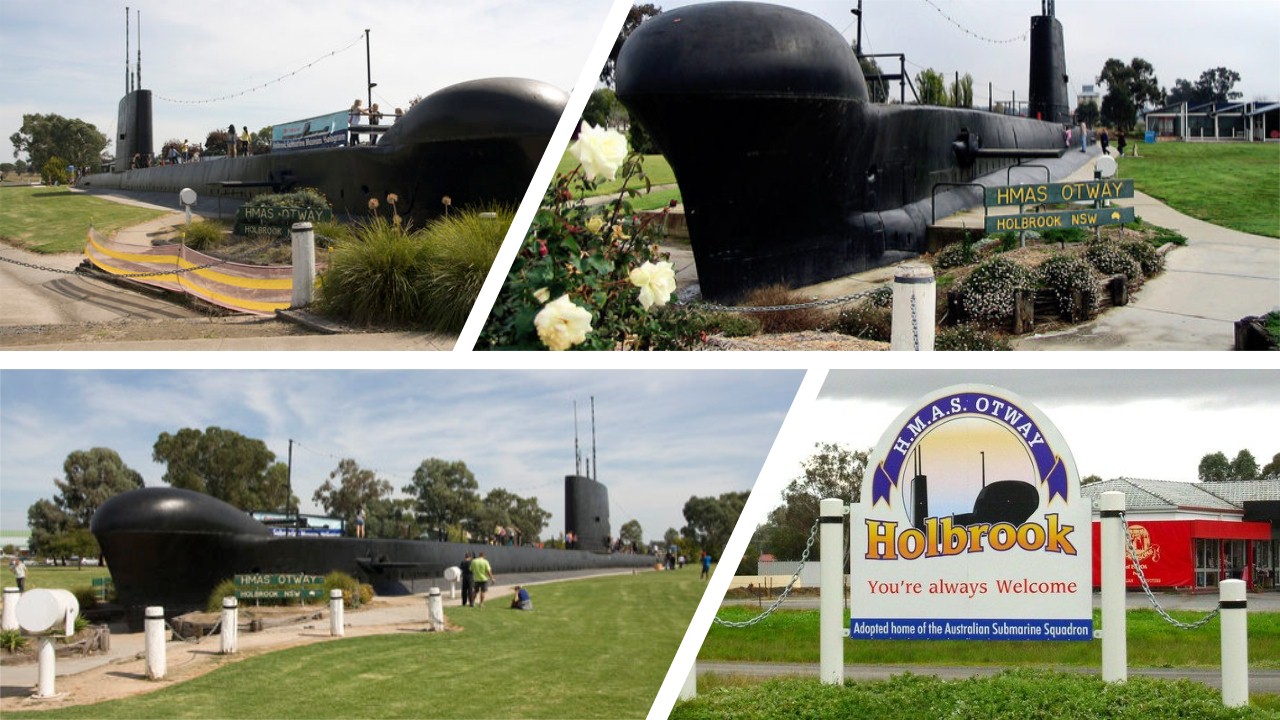 The decommissioned submarine is now the symbol of a small, inland Australian town.

Holbrook, New South Wales has a different way of putting itself on the map. Rather thank opting for a big banana or giant ram, this Australian town has chose a different roadside attraction – one that pays homage to its namesake.

Now, a portion of the submarine’s hull and the upper section of its casing sit within a pleasant park. the town attempted to raise money to buy the entire vessel, but was unable to gather sufficient funds.

Holbrook is now known as “the submarine town” and Australian submariners have been granted freedom of the Shire. An interactive museum and excellent cafe are part of the landmark inland submarine park.

You can wander by the submarine at any time. While in town, be sure to check out the submarine museum, which is open Sunday through Saturday from 10:00AM to 4:00PM