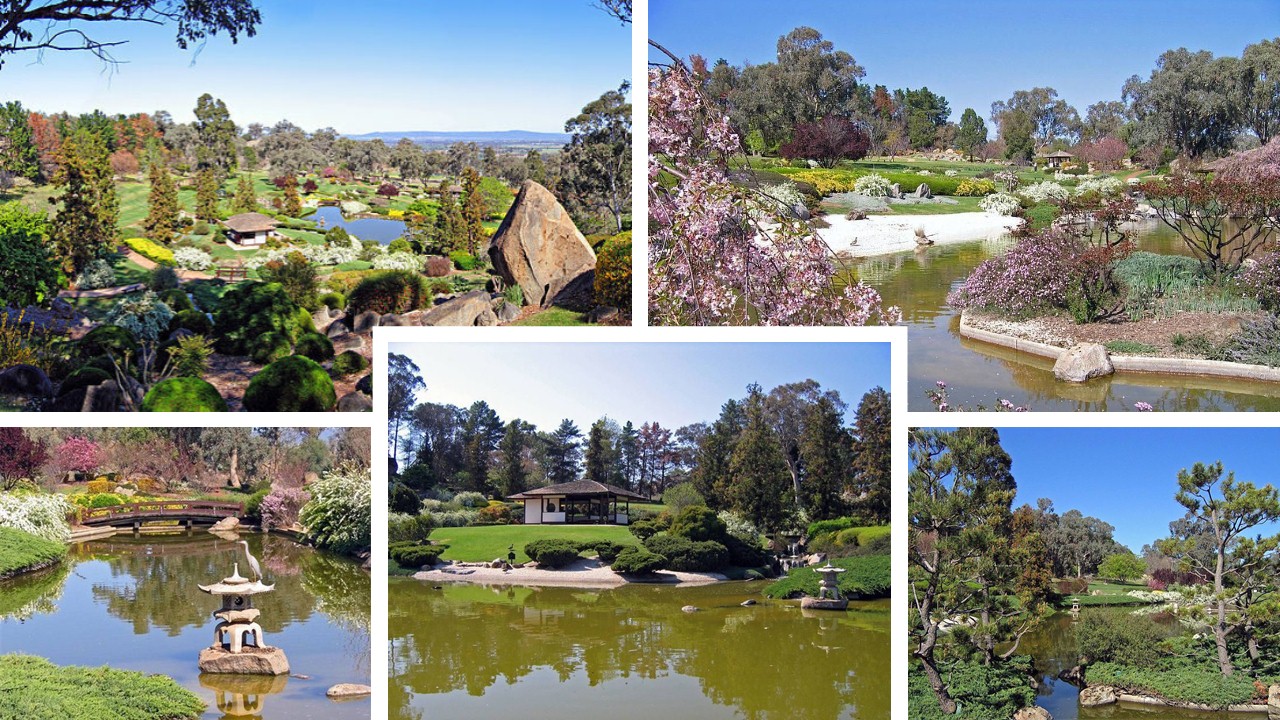 Final resting place for hundreds of prisoners of war.

Designed by Ken Nakajima, a world renowned designer of Japanese gardens at the time of its construction, the Japanese War Cemetery and Garden in Cowra, New South Wales, Australia, were opened in 1979. The second stage of development was completed seven years later, in 1986. A seven year development project didn’t seem very long as it had taken eight years for the first stage to open after the Cowra Tourism Development decided to celebrate the town’s link to Japan.

With funding from the Australian government and several private entities, the Japanese War Cemetery and Garden was a lavish undertaking. They were designed in the style of the Edo period and meant to function as any strolling garden. The landscapes that one encounters when wandering the paths showcase all of the different types of natural environments found in Japan. There’s plenty of room for that: At about 12 acres, the Cowra Japanese Garden is the largest of its kind anywhere in the Southern Hemisphere.

During World War II, the prisoner of war camp near Cowra was the site of Cowra Breakout, one of the largest prison escapes of the war. On August 5, 1944, a tip from informer led authorities to plan a move of all the POWs to another camp. The night after the Japanese prisoners were notified that they would be moved, a breakout involving more than 500 people were executed.

From the historian Gavin Long: “At about 2am a Japanese ran to the camp gates and shouted what seemed to be a warning to the sentries. Then a Japanese bugle sounded. A sentry fired a warning shot. More sentries fired as three mobs of prisoners, shouting ‘Banzai,’ began breaking through the wire, one mob on the northern side, one on the western and one on the southern. They flung themselves across the wire with the help of blankets. They were armed with knives, baseball bats, clubs studded with nails and hooks, wire stilettos and garotting cords.”

During the breakout, hundreds of Japanese were killed and another 108 prisoners wounded. Several Australian Soldiers were also killed in the escape. Many of those who did escape committed suicide or were killed by their countrymen to avoid recapture. Everybody else was recaptured within 10 days.

The cemetery holds more than 520 Japanese who were killed between 1939 and 1945. More than 2 dozen of the bodies have never been identified.

The Cowra Council maintains an online list of all the Japanese military personnel who died in Cowra either from the Cowra breakout or other causes during their period of captivity in the area. The list also includes all of the Japanese personnel who died at other locations throughout Australia during World War II. Many of these additional names are those who perished when their planes were shot down over northern Australia.