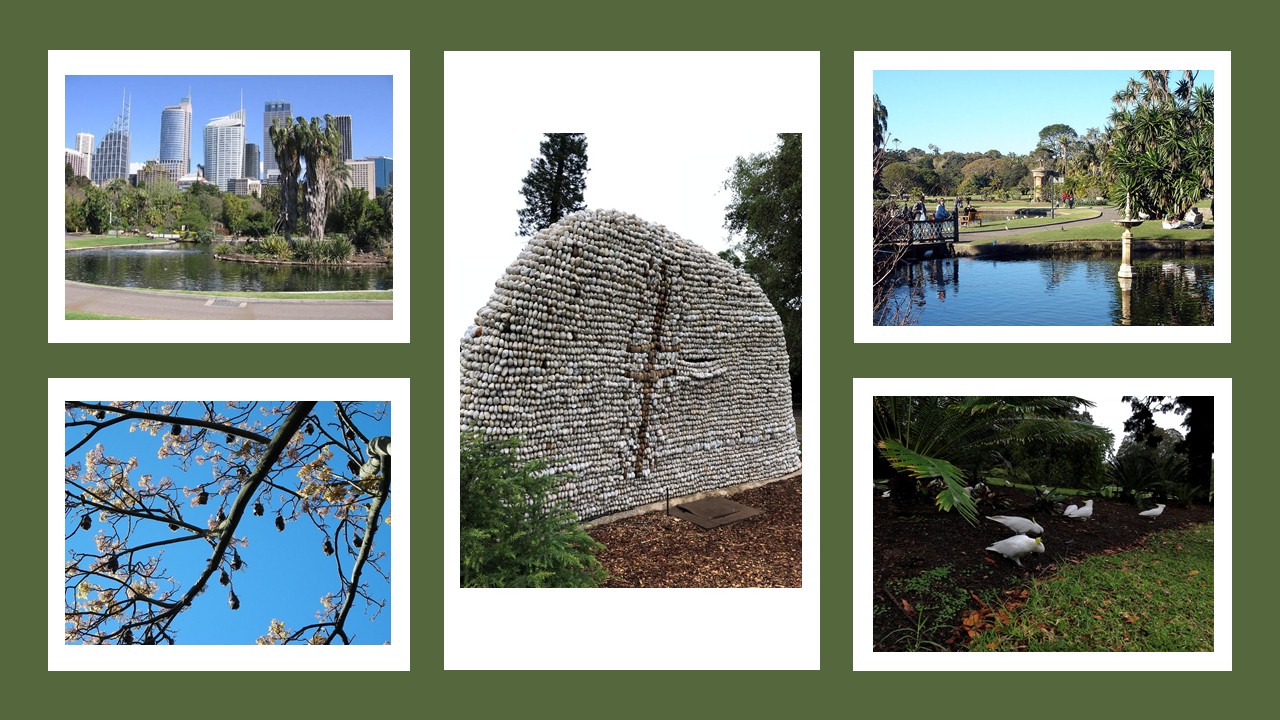 Come for the flowers, stay for the bats!

Tens of thousands of flying foxes (a cat-sized version of the fruit bat) have set up camp in the central Sydney Royal Botanic Gardens. By day, they roost in the trees, waking at dusk to seek out seeds, nectar and fruit, spending the evening hours swooping through the air.

Visitors to the garden flock to see both the historic plants and the famous bats, but their days are numbered. In fact these bats have now been moved out of the Royal Botanical Gardens.

These Grey-headed Flying Foxes (Petropus Poliocephalus) are protected in Australia and are listed as a “vulnerable” species due to depopulation over the last 30 years or so. The huge bats are native and unique to Australia, with wing spans sometimes exceeding 3 feet. They are accompanied by a smaller population of Black Flying Foxes (Pteropus alecto). Although normally nomadic, the flying foxes have been known to set up camp in the Botanic Gardens before, with reports going all the way back to the 1850s. The current bat colony has been in place for 20 years, following a bat colony hiatus of 70 years before that. It is currently estimated that the population is as high as 22,000 bats.

The problem is that the bats are killing the plants. The weight and movement of all these bats shred bark and break tree branches. According to a report from the Botanic gardens Trust, the colony has killed 26 mature trees, 20 palms, and assorted other plants, with another 300 historic trees currently at risk.

The Royal Botanic Gardens were established in 1819, one of three major botanical gardens in Sydney. The grounds cover about 75 acres of gardens, and includes historic specimens including those collected at Botany Bay in 1770 by Joseph Banks. It currently contains over 45,000 plants and more than a million preserved specimens in the Herbarium.

The exotic gardens are very beautiful and a frequent spot to see couples getting married. During the daylight, the bats stay hanging in the trees so you can feel adventuresome but not worry about them flying into your hair.