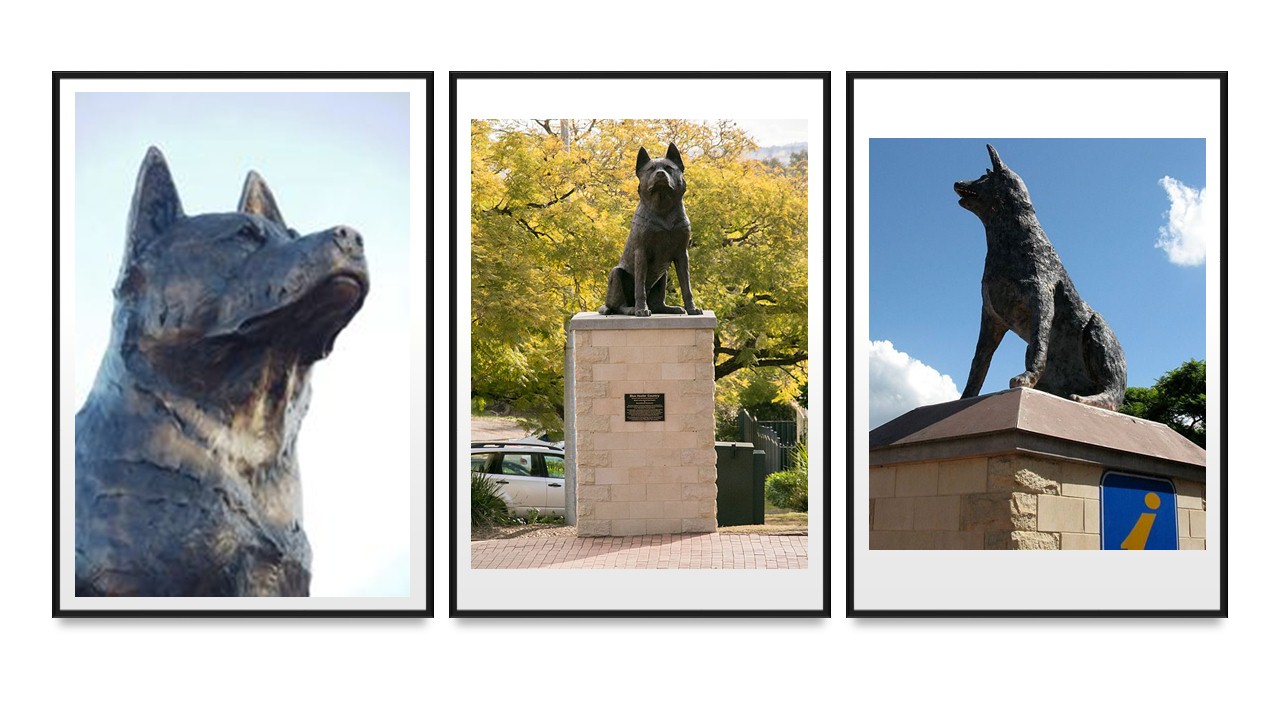 Standing in Celebration of where the cattle dog was bred.

Australia is home to more than just a couple of big things. The big country, it has been said, has a love of similarly oversized objects. The Big Blue Heeler is only one of a loosely related set of about 150 sculptures and large structures sprinkled across the country, but it’s an especially important one. Most of these, the Big Heeler included, serve as some of the country’s top tourist traps and can be found along major roads and highways or between prominent travel destinations.

Standing two meter tall, the Big Blue Heeler was built in Muswellbrook, New South Wales, sometime in 2001. The small town about 150 miles north of Sydney prides itself on being the Blue Heeler country and the statue was designed to celebrate that. Here, in the Upper Hunter Valley, cattle farmers bred this type of Australian Cattle Dog by crossing Northumberland Blue Merles with dingoes to create a working dog that would thrive in the harsh local conditions.

The Blue Heeler is now in demand all over the world because of the work it’s able to preform effortlessly in rounding up cattle and other livestock. While loyal through and through, the Blue Heelers can sometimes be aggressive with their handlers; they’ve been known to nip at the heels of people in attempt to herd them like the cattle they so often work with.