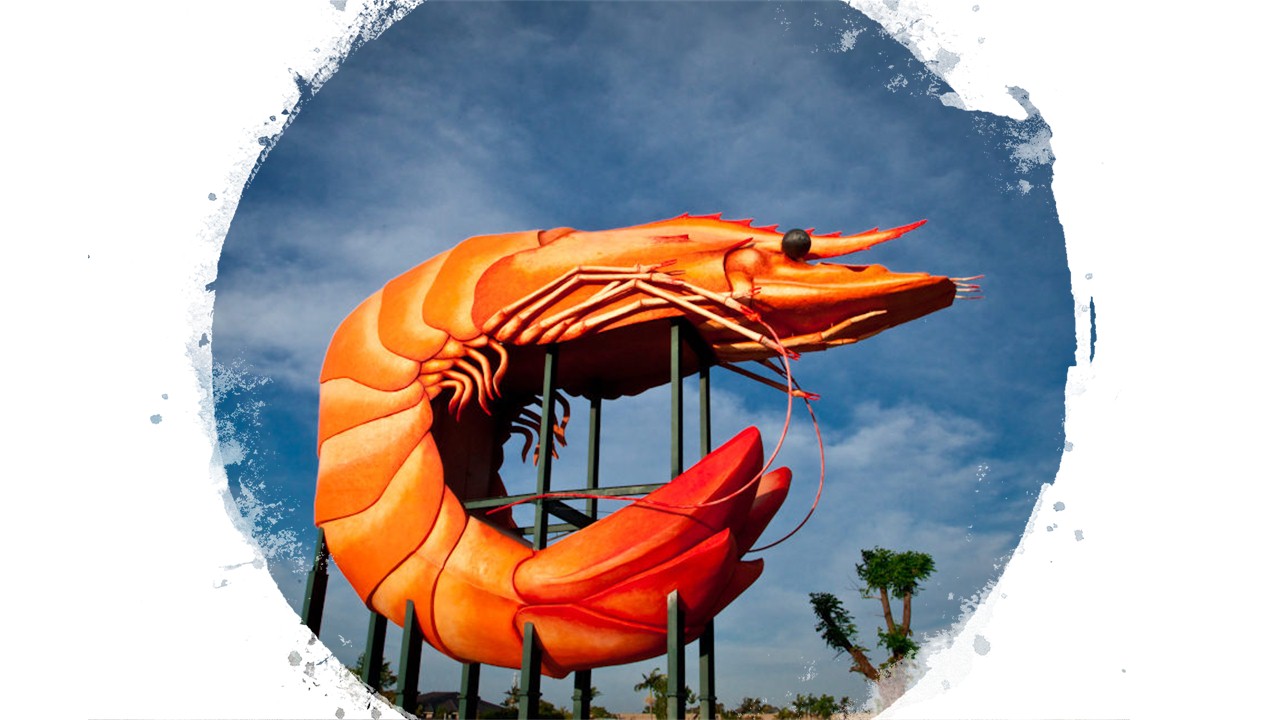 There’s nothing shrimpy about the World’s largest artifical prawn.

At a height of nearly 30 feet and weighing almost 40 tons, this prawn boasts the title of “The World’s Largest Artificial Prawn.” It was slated for demolition in 2009 until the community of West Ballina, Australia banded together to save the Statue of the oversized crustacean.

The supersized sea creature was constructed in 1989 as an ode to the local prawning industry. It underwent additional work in 2013 to give it a proper tail, as it originally lacked one. the giant crustacean was built on West Ballina’s transit center, which was positioned on the main highway that passed through town.

After years of disrepair and the construction of a bypass that rerouted the highway traffic, the Ballina Council voted to approve the prawn’s demolition. Public outcry and a private investor came to its rescue. The prawn was given a fresh coat of paint and was relocated a short distance from its original location to where it currently stands outside a Bunnings Warehouse, a hardware store. It’s one of Australia’s many quirky, oversized structures.

If the prawn inspires cravings for seafood among its visitors, there are several restaurants located nearby.