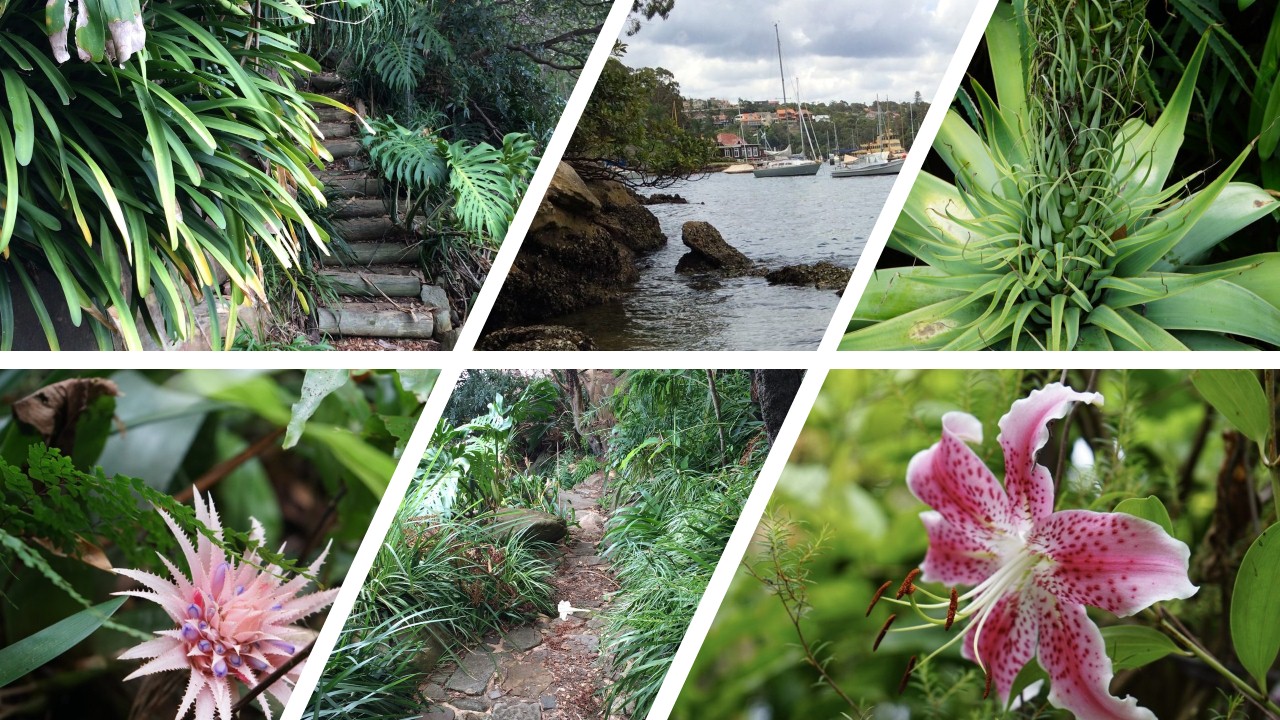 This secret Australian garden was built on love after a man planted a random bulb he found in the ocean.

Just beyond the path along the Cremorne Point Foreshore Walk, and linked together by a series of steps and paths, sit over a hectare of magical gardens that slope down to a simple rock pool in Sydney Harbor.

These gardens began in 1959 when Lex Graham planted an elephant’s ear bulb, which he fished out of the ocean on his morning swim, between the roots of a nearby coral tree. Much to his surprise, the bulb blossomed. Then he and his partner Ruby – who had only recently met – began to add other plants and cuttings to what would become these magnificent gardens.

On these slopes, which were originally covered in logs, lantana, weeds, and rubbish, the couple planted whatever they could find that might grow in, and hold together, the soil: Tree ferns from the crevices in the rocks upon the foreshore; clivias and agapanthus discarded by local gardeners; and cuttings donated from the gardens of their friends.

This labor of love that grew over the course of their courtship and marriage can be seen as a living memorial to the importance of community and volunteerism, and – most importantly, their love and the life they shared together.

Know Before You Go

These gardens are a short walk up the northern side of the Cremorne Point Foreshore walk.