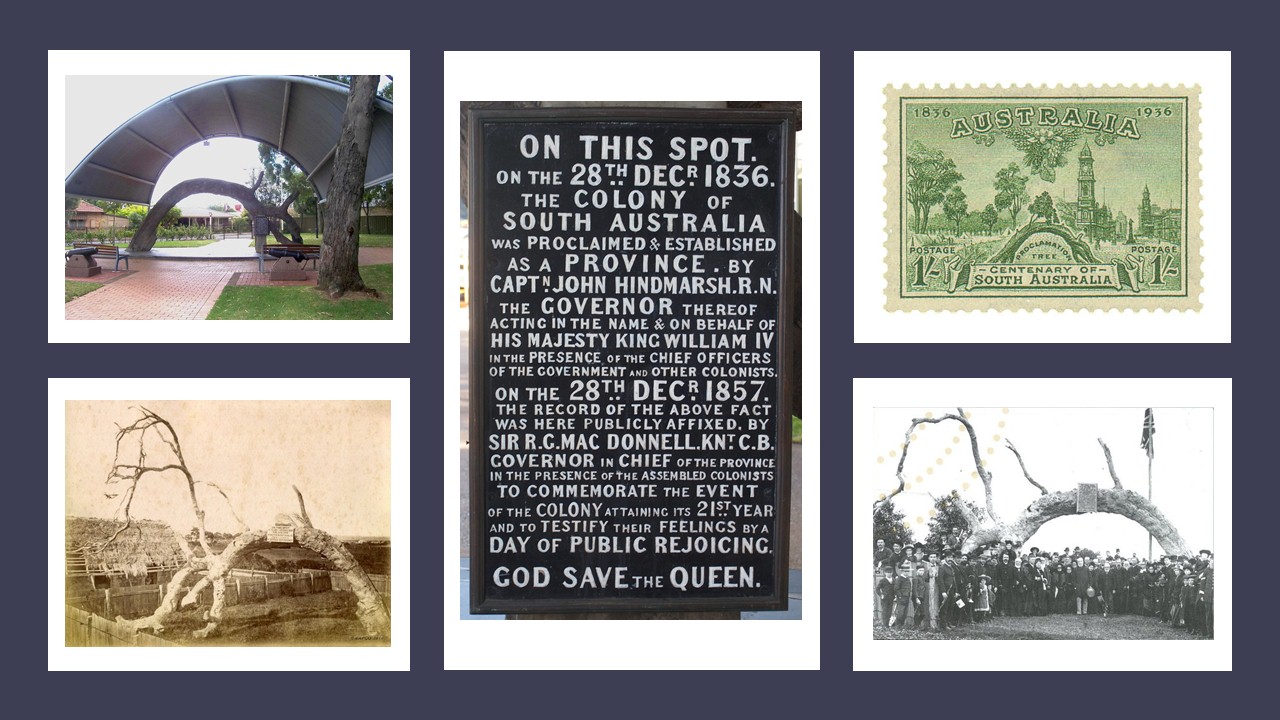 The Colony of South Australia was proclaimed on a hot December day under a distinctively arched gum tree.

On December 28, 1836, a sweltering day with temperatures reaching above 100 degrees Fahrenheit, a group of about 200 settlers and some of the local kaurna population gathered near a uniquely arched gum tree to hear the proclamation officially establishing South Australia as a British province.

They chose the site that would mark the birthplace of South Australia due to the prominent landmark, a thick gum tree entirely arched over to form a bend back to the soil. The tree became known as the symbol of the fledgling colony, and was used as the official symbol of Glenelg, the colony’s oldest European settlement.

Every year since, on that date, prominent South Australians return to the site and observe Proclamation Day, and the current governor repeats the Proclamation made by the inaugural governor, Captain John Hindmarsh, in 1836. The original gum tree has been long dead, but the decayed husk was encased in concrete in 1963 in 1963 to preserve its shape for future South Australians.

The Old Gum tree sits in a public park that is open all day and is free to visit. The reserve also includes a playground and public BBQ.