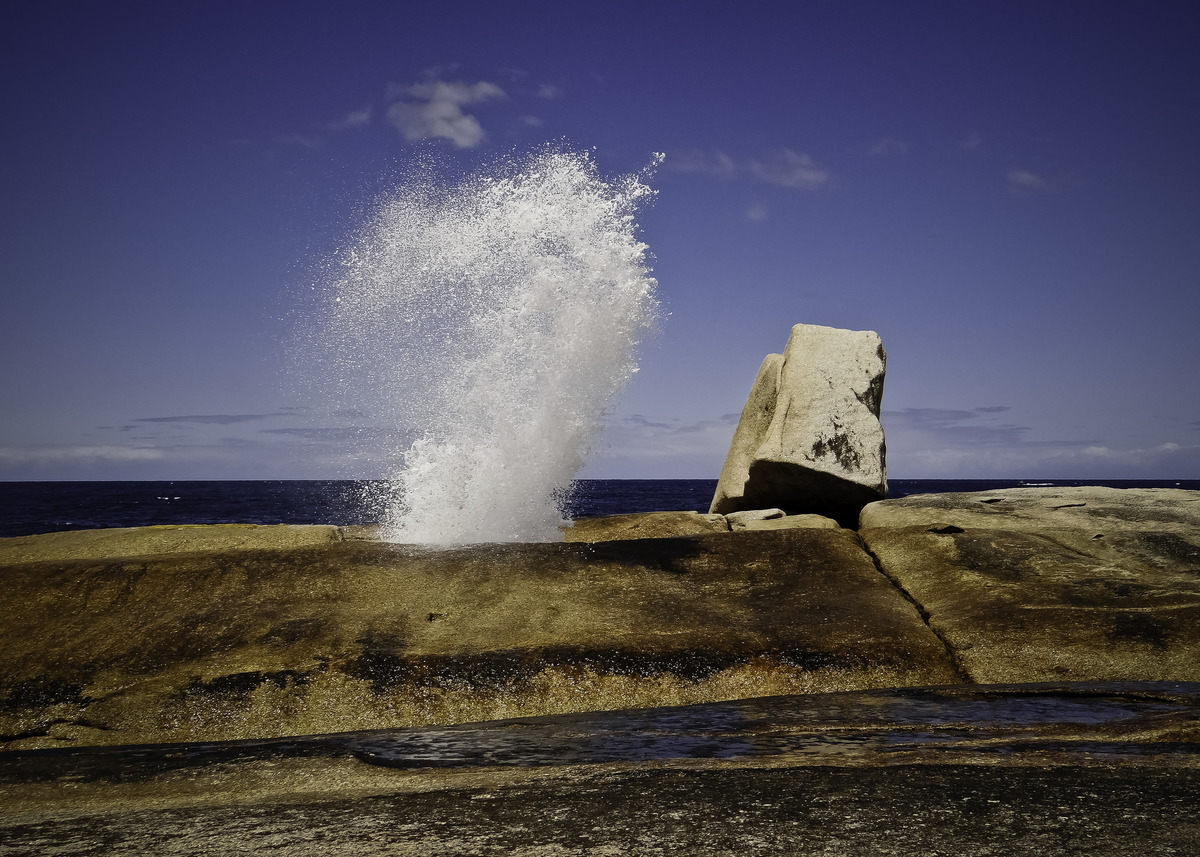 A picturesque seaside resort town on Tasmainia’s east coast with mild climate change and white sandy beaches that work together to draw in a number of tourists and locals, Bicheno is known for it;s laid back lifestyle and outdoor activities.

Visitors to Bicheno participate in motor tricycle tours, wine tours, bird watching, sea kayaking, and more. Despite all these recreational options, though, most come to see the Bicheno Blowhole, a hole in the granite rocks which concentrates even small waves into powerful jets of water. The Bicheno Blowhole is located right next to the water, along the sandy and granite coastline.

Bicheno is a town that began as a sealers post and was, at the time, known as Waubs Bay Harbor, named for an aboriginal woman, Waubedebar, who was enslaved by the sealers to do their work in the early 19th century. The name was eventually changed to Bicheno, a colonial secretary. The sealers were replaced by miners who left in the 1850s when they joined the Victorian gold rush. It took nearly a century before the site was developed into a holiday destination, which it is still considered a holiday destination to the this day.