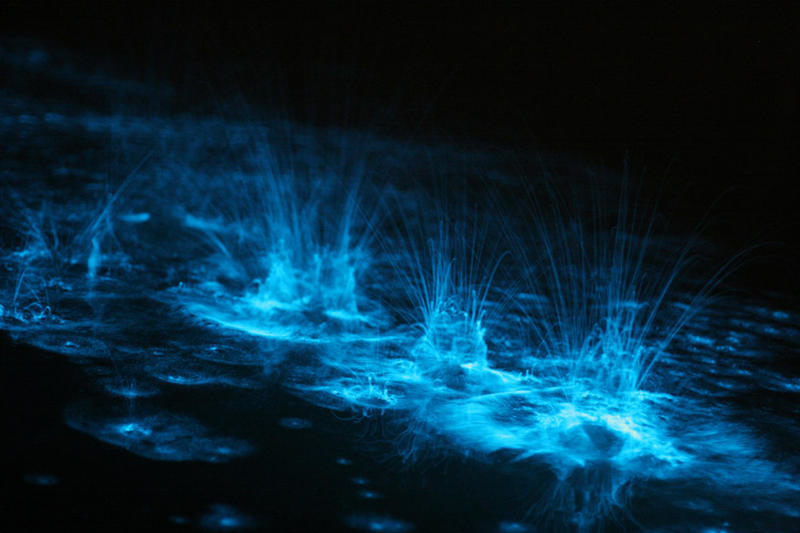 The Conditions were rare, and they were perfect. Starting with a series of bush fires in 2006, followed by torrential rains in 2007, by 2008 massive amounts of ash and nitrogen rich soul was washed into the Gippsland Lakes in Southeast Australia. While this would have normally resulted in a bloom of bacteria, because of the scale of the fires and the flood, that year something unusual happened.

In the summer of 2008 & 2009, the shores of the Gippsland Lakes glowed a faint blue at night as the bacteria were agitated by movement in the water. Anyone taking a skinny dip at night would find the water glowing spectacularly around them.

The lakes have since lessened in bio-luminescence – a good thing as the bacteria blooms are harmful to other life in the lake – and it may be a very long time until a bio-luminescent event of that scale happens again on the lake.

However, those who are willing to head out for a midnight swim in Gippsland can still often catch a faint glowing about them during the summer months.