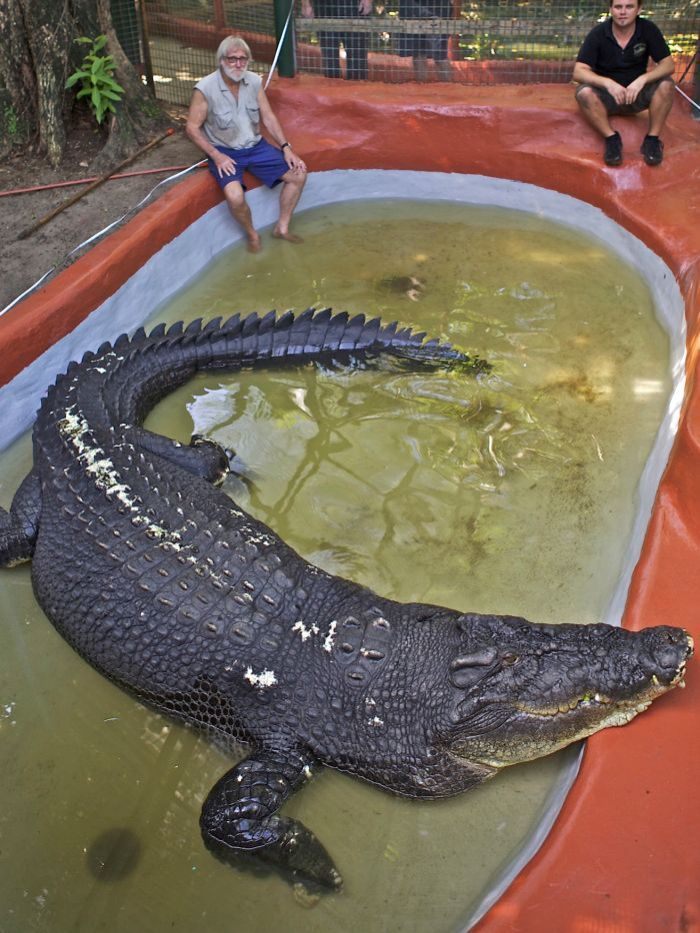 The Marineland Melanesia crocodile habitat has 50 crocodiles dwelling in idyllic Green Island on the Barrier Reef, From those just hatched to the unrivaled colossal Cassius, The biggest crocodile in captivity in the world.

Cassius, who is named for the formidable boxer, was captured in 1984 after he’d been caught gnawing on motorboats. Unwanted, Cassius was taken in by the family – run Marineland, where he’s dwelled to this day. He briefly lost his title to the Massive crocodile Lolong in the Philippines, But has since returned to the top croc throne with a length of over 17 feet. He’s estimated to be over 110 years old, making him possibly the oldest crocodile in the world as well.

TO enter Marineland, which was started in 1954, visitors walk through a recreation of shipwreck. Beyond there are the crocodiles, aquariums, and a collection of Melanesian Tribal Artifacts. If you’re lucky, you might even see Cassius open his staggering jaw for a meal.