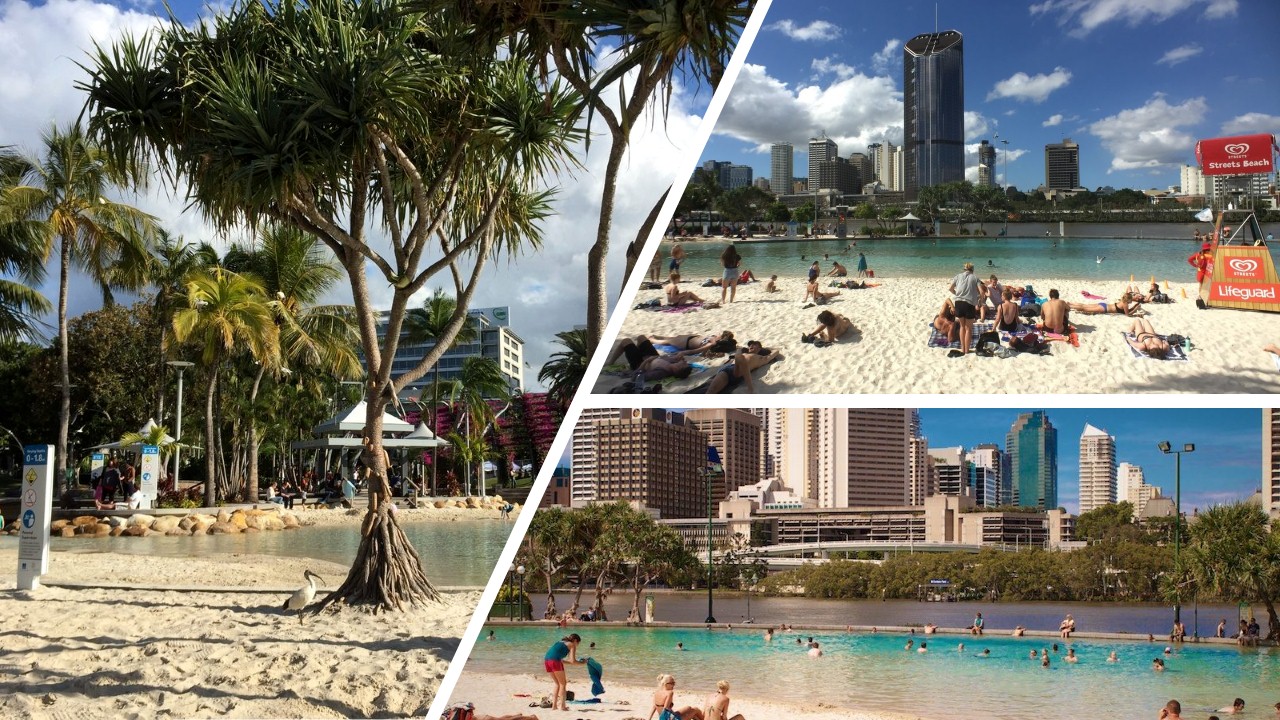 Right in the middle of the city of Brisbane, surrounded by skyscrapers, lifeguards patrol a stretch of sand lined with palm trees. South East Queensland is renowned for its beaches, but this is the only one that’s nowhere near the ocean.

Streets beach opened as Kodak Beach in 1992. Sponsored by an ice cream company named streets, the inner city beach is located on the south bank of the Brisbane River. Despite that proximity, nobody swims in the river. Instead, the artificial beach has its own lagoon filled with chlorinated water. It’s within the popular South Bank Park lands, which includes plenty of lush vegetation and nearby water based playgrounds.

The lagoon holds enough water to fill 5 Olympic sized swimming pools. Nearly 80 tons of white sand are trucked in each year to maintain the man-made beach.

Urban sunbathers flock to the sand, while lifeguards remain on-duty all year round to watch over any swimmers. There’s even a “surfs club” serving food and drinks just behind the sand, as is customary for the costal beaches on the nearby Gold Coast.

Streets beach is a central location in South Bank, itself in the heart of riverside Brisbane, making it easily accessible by ferry, train, or bus. Nearby Underground