Sights to See Australia – The ruins of the Beaumaris Zoo 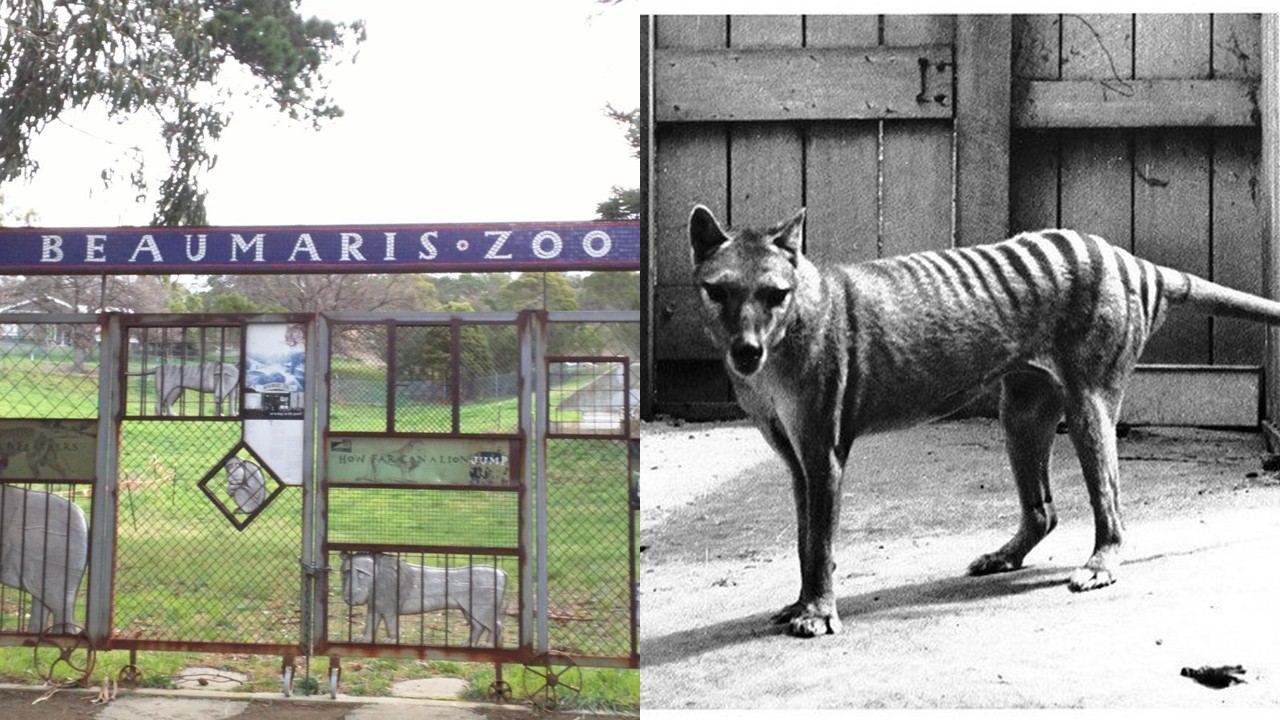 The abandoned remains of a once popular zoo, and the grave of the last known Tasmanian Tiger.

An old – fashioned zoological garden, The Beaumaris Zoo (sometimes referred to informally as simply the “Hobart zoo”, was originally opened in 1895 at the private Battery Point residence of socialite Mary Grant Roberts.

Though uneducated in animal science, Roberts wrote the manual on the care and breeding of Tasmanian Devils and was hands-on with all her charges, especially her beloved thylacines or Tasmanian Tigers. She brought a mother and three cubs to her Zoo in 1909, and a number passed through the gates over the years.

After her death in 1921, the family donated the collection of animals to the Hobart City Council. With plans for a new, larger zoo in the works up in grassy Queen’s Domain, new curator Arthur Reid undertook a tour of fact-finding zoos across Australia.

The transfer of animals including wallabies, kangaroos, possums and birds began, and over the years other animals were donated by locals and added to the collection. A grand enclosure for lions was completed too, and the zoo re opened in 1923. while the zoo is long gone the remains of the lions den still remain, the last of the zoo’s structures still standing.

Financial problems brought on by the Great Depression saw the zoo close in 1937, just months after the last Tasmanian Tiger, a female mistakenly named Benjamin, died after being accidentally left out in the cold and catching hypothermia. As the last of her species, the death of Benjamin signified the official extinction of the Tasmanian Tiger (although whether or not the Tasmanian Tiger is actually extinct remains a contentious issue in Tasmania). Since its closure, the zoo became a fuel and storage depot for the Australian Navy. Other ideas for the site – including a new zoo have been suggested over the years, but still the site sits forgotten.

The colorful gate now at the site was installed in September 2000 (World Threatened Species Day) and features sad faced sculptures of those long gone Tasmanian Tigers that once called the zoo home.

Tours are led of the site on September 7th, National Threatened Species Day, which was created to commemorate the date of the last Tasmanian tiger’s Death.