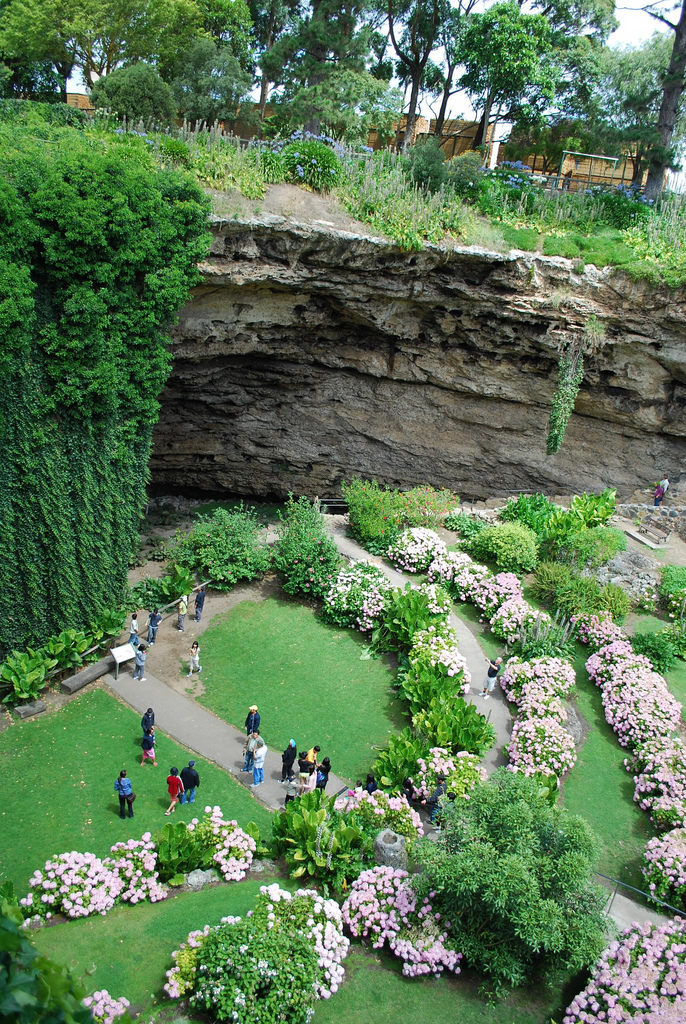 While Sinkholes are generally regarded as a disastrous natural phenomenon, Australia’s Umpherston Sinkhole has been transformed into a wondrous fantasy garden.

Otherwise known as the “Sunken Garden,” the verdant sinkhole was formed when the ceiling of a large subterranean cave collapsed into itself, leaving a giant pockmark in the earth. The hole began its transformation in 1886 when local James Umpherston began planting a garden in the huge shaft.

Today the sunken garden is an almost otherworldly green space with rows and terraces of perfectly manicured greenery covering the floor of the sinkhole. Visitors can visit the public park and walk among the flowers and fountains while gazing up to the surface. At night, floodlights come on and the sinkhole becomes a popular possum gathering point.