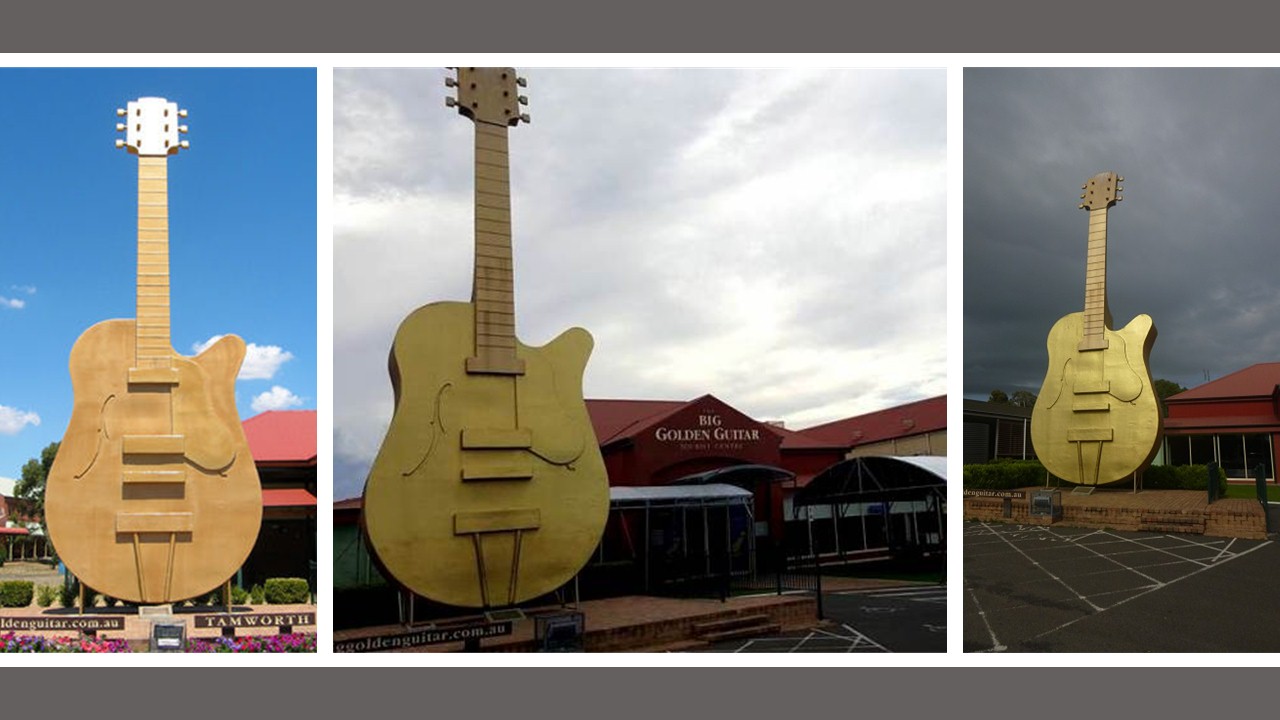 This monument that stands 40 feet and weighs 1,000 pounds.

Australia is hone to more than just a couple of big things. The big country, it has been said, has a love of similarly over sized objects. The Big Golden Guitar is only one of a loosely related set of about 150 sculptures and large structures sprinkled across the country. Most of these, The Big Golden Guitar included, serve as some of the country’s top tourist traps and can be found along major roads and highways or between prominent ravel destinations.

Located in Tamworth, New South Wales, Australia, the Big Golden Guitar marks the Big Golden Guitar Tourist Center along the New England Highway. A replica of the famous golden guitar used for Australia’s Annual Country Music Awards, this monument was erected in 1988 by Slim Dusty, the country’s most popular country music artist. It’s a popular tourist attraction year – round, but the Golden Guitar draws most of its visitors during the Tamworth Country Music Festival.

Adjacent to the Longyard Hotel, the Golden Guitar Tourist Center was constructed about five years before the Big Golden Guitar was erected on site. It was built to hold the Gallery of Stars Wax Museum, built by entrepreneur John Smyth in 1983. When the wax museum was sold to a pair of developers, expansions were added to a souvenir shop, complete with gift items, country music CDs and DVDs, and food and refreshments; a unique mineral and gem display. It is open seven days a week, 364 days a year.