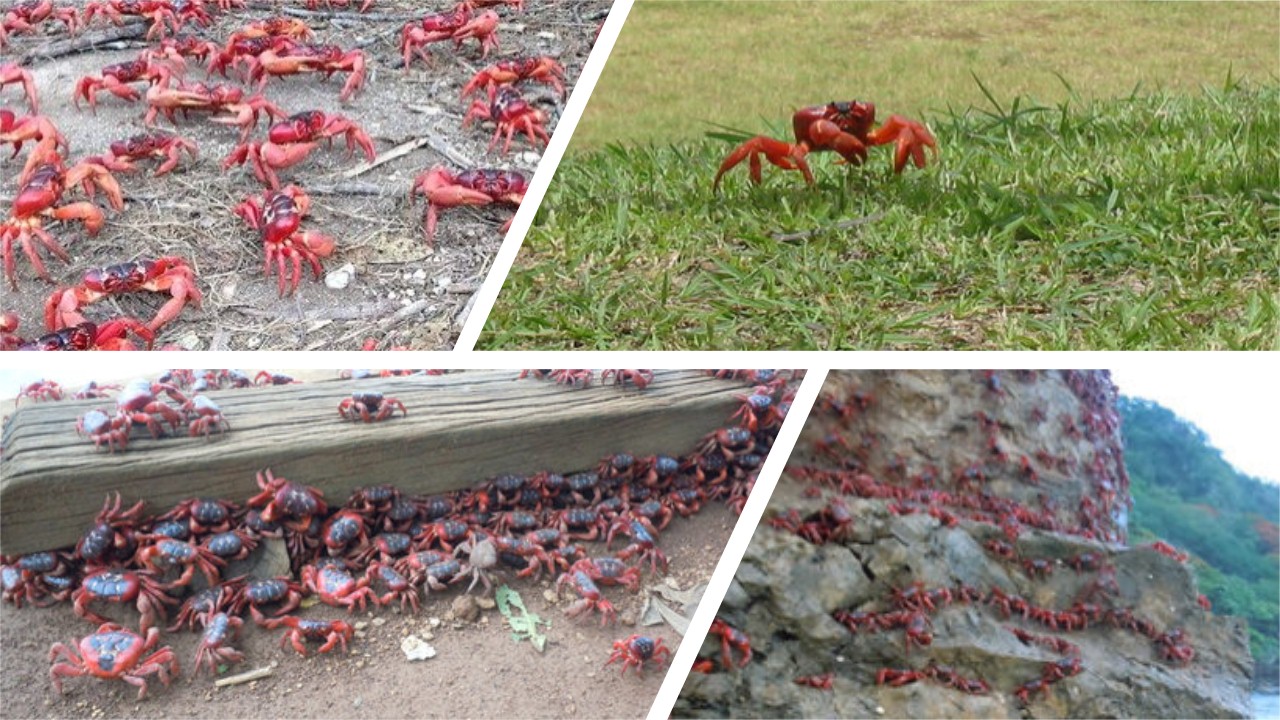 The red crab exhibits one of the most spectacular migrations on earth, despite the man made obstacles.

After the 1903 extinction of the predatory endemic species the Maclear’s Rat, the people of Australia’s Christmas Island found themselves in the path of millions of red crabs.

Every year in the fall, Christmas island is overcome by a scarlet wave of migrating crustaceans on a mad dash from the forest to the sea. For terrestrial crabs unique to this area, their little red crablings must be born in the ocean or they will not survive. As soon as the humidity is just right (around October or November) the crabs swarm over the island, across roads, through homes and schools, under every foot, every tire, inside unattended shoes and covering every surface available, all 100 million of them.

The locals are very patient and protective of their sideways- scuttling neighbors and are careful to minimize their driving and they hang “Crabs Crossing” signs on the roads, and they have even constructed “Crab Bridges” to aid in their safe crossing. Once the masses reach the ocean and go about their business, they return to the forest, first the males, then the females, exhausted and spent, to wait for their offspring to return.

A few weeks later, once the larval hatch-lings have grown into their land legs, it’s time for them to make their journey across the island to their woodland home. at 100,000 hatch-lings per female, the sheer number of teeny tiny crablets is hard to fathom as they wash back across the roads and buildings like a sea of scarlet spiders, swarming over everything in their path.

If you wish to see this massive crab migration, you may be running out of time. The accidental introduction of the aggressive and aptly named “yellow crazy ant” has recently begun to decimate the numbers of the red crabs at an alarming rate. The highly invasive insect has wreaked havoc on the ecology of the island, their excretion of formic acid poisoning the crabs as well as several other species unique to Christmas Island. Over a quarter of the red crab population has been wiped out so far, and the tenacious crabs now face ant – induced extinction.