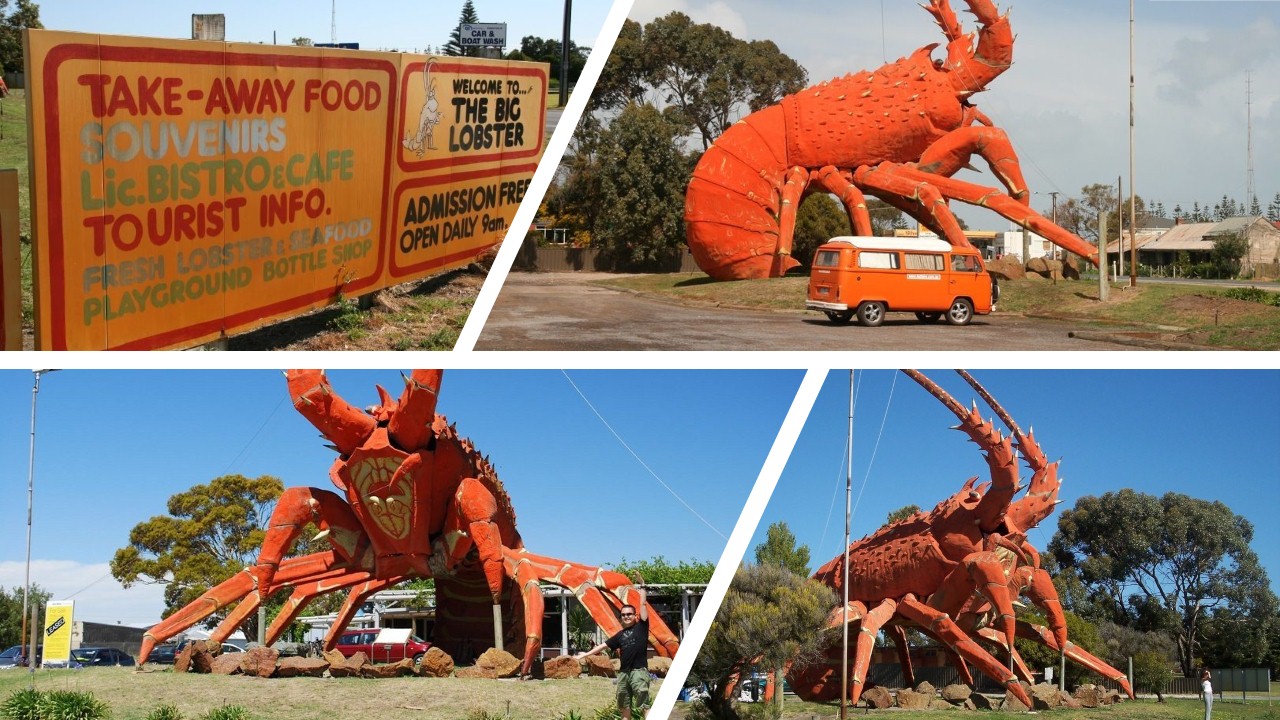 A massive metal lobster welcomes tourists to a roadside restaurant.

Australia has a long and storied history of oversized monuments, and The Big Lobster in Kingston SE, known locally as “Larry”, is one of the most impressive.

Keeping watch over this small town in South Australia for over 35 years, Larry is a fiberglass on steel crustacean standing over 50 feet long. Paul Kelly, a designer from nearby Adelaide, devised the construction of Larry after a local fisherman suggested the idea in order to help promote the area and its seafood.

The giant lobster has changed hands a number of times since its construction in 1979, and the site currently features a restaurant, tourist center, playground, and a wine tasting area. Unfortunately, the big guy is getting a little long in the tooth (do lobsters have teeth?) after almost four decades of service, and the town has embarked on a capital campaign to raise funds to restore Larry to his former bright red glory. The Big Lobster is one of Australia’s largest kitsch monuments, and he may be a little shop worn, but they say lobsters can live to be a hundred years old. With a little love, money and good will, Larry should have decades left in him.

At the corner of Princes Highway and Dowdy Street.