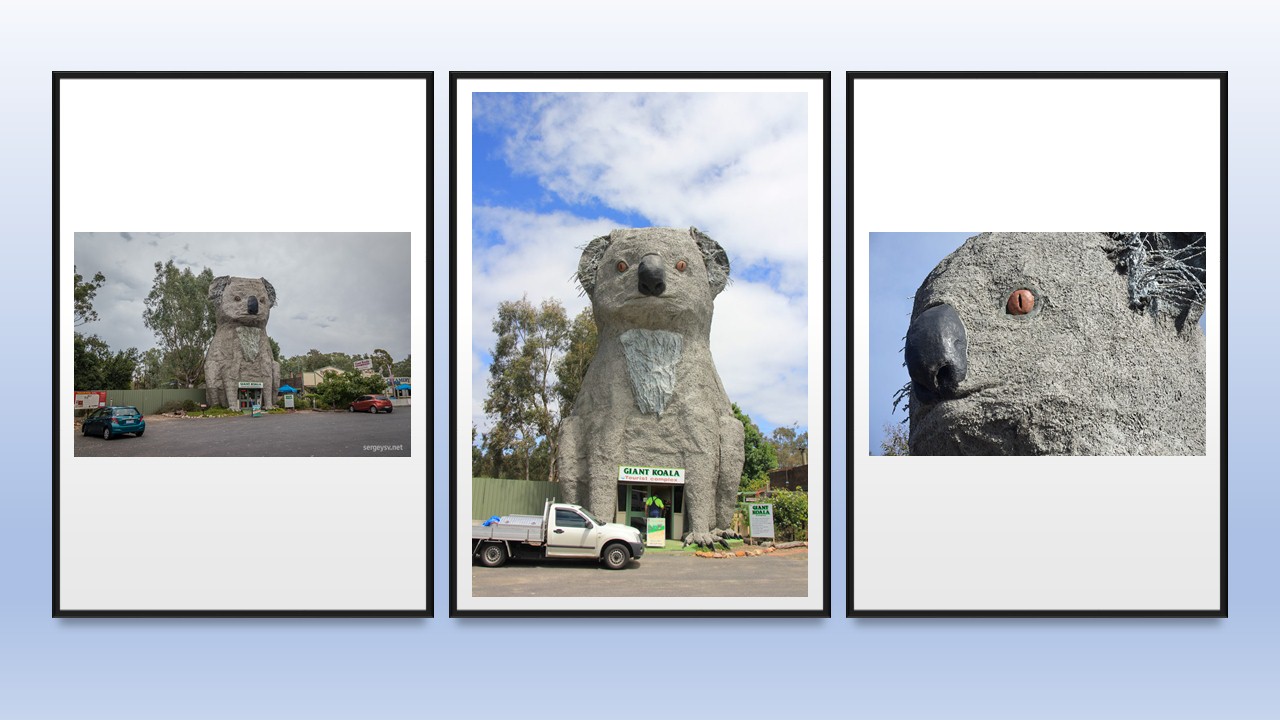 Popular tourist destination now stands as a memorial to Sam the Koala.

Completed in 1989 at the end of the boom decades for the building of big things, the Giant Koala in Victoria, Australia, stands 14 meters tall. Made of bronze set on top of a steel frame, the Giant Koala weighs 12 tons.

Created by the sculptor Ben Van Zetton who was hired in 1988 to design and construct the piece, visitors can enter the Giant Koala would be renamed in memory of the world famous Sam the Koala in an effort to raise awareness of Australia’s declining koala population.

Sam, who recovered from third – degree burns and lung damage at the Southern Ash Wildlife Shelter, became a worldwide symbol after devastating bush fires destroyed a large region inhabited by koalas. He eventually died due to complications relating to chlamydia, which impacts half of the wild koala population.

On the Western Highway in the Grampians, between Melbourne and Adelaide, the Giant Koala is 27km Northwest of Stawell in the small township of Dadswells Bridge.