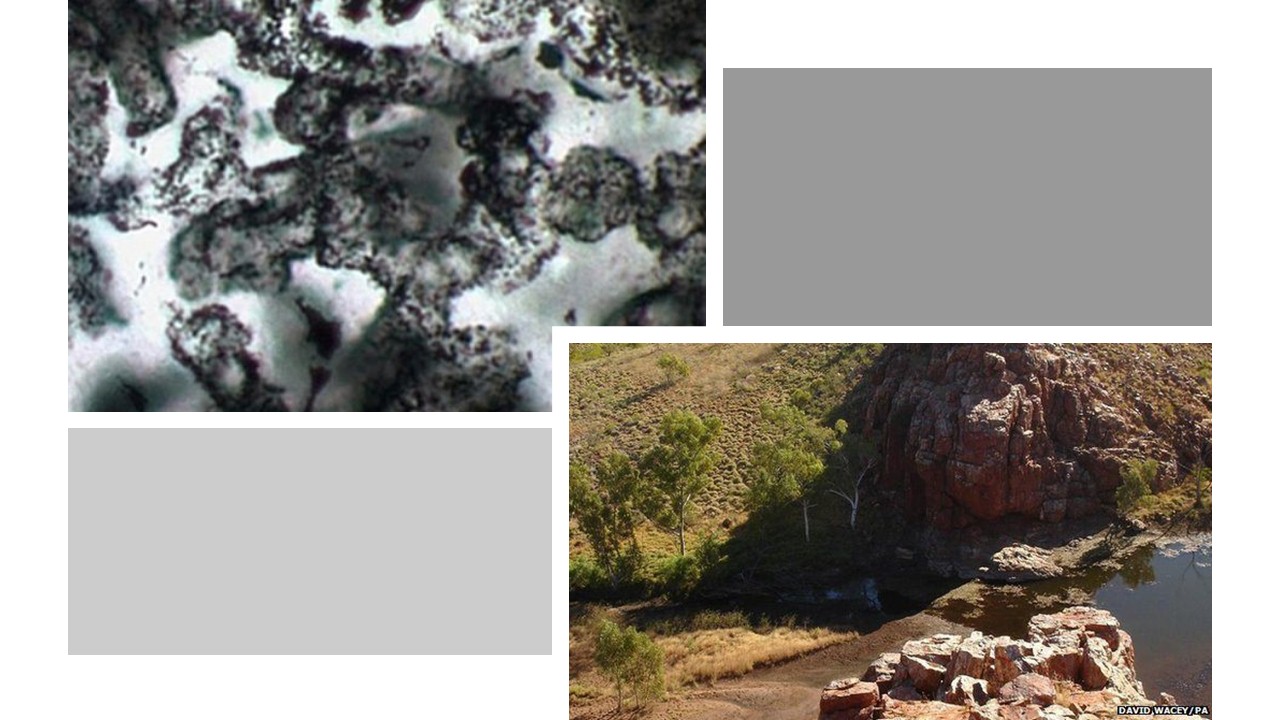 Microscopic fossils suggest Australia may be the birthplace of sulphur based life forms.

Did life on Earth originate in Australia?

It is possible, given the finding in 2011 of what may be the Earth’s oldest fossils, discovered in Western Australia. If you’re willing to head to the remote Strelley Pool (about 1,500km north of the state capital, Perth), you can visit the very place.

Scientists from the University of Western Australia and the U.K.’s Oxford University found that microscopic fossils from Strelley Pool show convincing evidence for cells and bacteria living in an oxygen free world over 3.4 billion years ago. They suggest that early life waas sulphur based, living off and metabolizing compounds containing sulphur, rather than oxygen, for energy and growth.

3.4 billion years ago the earth was dominated by volanic activity. The sky was cloudy, the waters hot, and land masses were small. Strelley Pool, in the Pilbara region of Western Australia, would have been seashore. It is now located about 125 miles (200 kilometers) inland from Port Headland. The microfossils collected from this location are well preserved between the quartz sand grains of one of the oldest beaches known on Earth, in some of the oldest sedimentary rocks that can be found anywhere.

In one trip you can stand at what may be the birthplace of life on Earth and visit the planet’s oldest beach, all in the middle of a large, dry, red earth landscape.