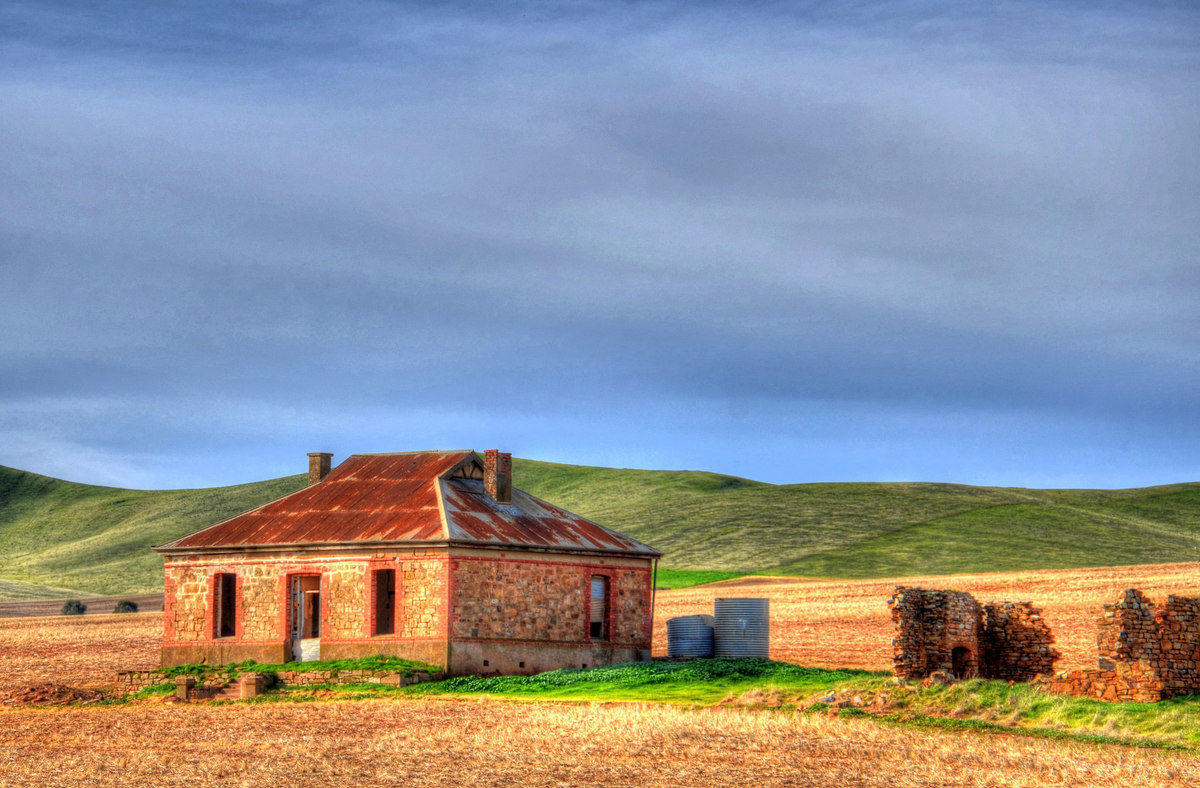 A small Australian farmhouse became an international icon after appearing on a Midnight Oil album cover.

Normally the squat, remote little farmhouse in the town of Burra in South Australia, known simply as the Burra Homestead, would have fallen down long ago to the notice no one. However since the little home was feautred on the iconic cover of Midnight Oil’s 1987 album Diesel and Dust, the aging lean to will not be forgotten anytime soon.

Photographer Ken Duncan stumbled upon the lonely little house while exploring the outback near to Burra. Taken a back by the stark image of the solitary house sitting among the torn up dirt fields all around, he snapped the photograph that would go on to make the house an international star.

Midnight Oil picked the image to be featured on the cover of their sixth album, as they felt it signified the Australian Bush setting they were looking to evoke. The album was a critical and commercial hit, and has gone on to be called one of the beset albums of the 1980’s by a number of sources, including Rolling Stone. With the album’s success, the image of the Burra Homestead became nearly as well known as the band itself.

Today the simple house still stands despite the roof coming apart and one of the walls falling down. It has been repaired thanks to the efforts of Duncan himself as well as Midnight Oil, both campaigning to raise money for repairs.

The Burra Homestead is located on private land, and cannot be visited directly, but it can still be seen from the road.

It’s about a mile north of Burra.