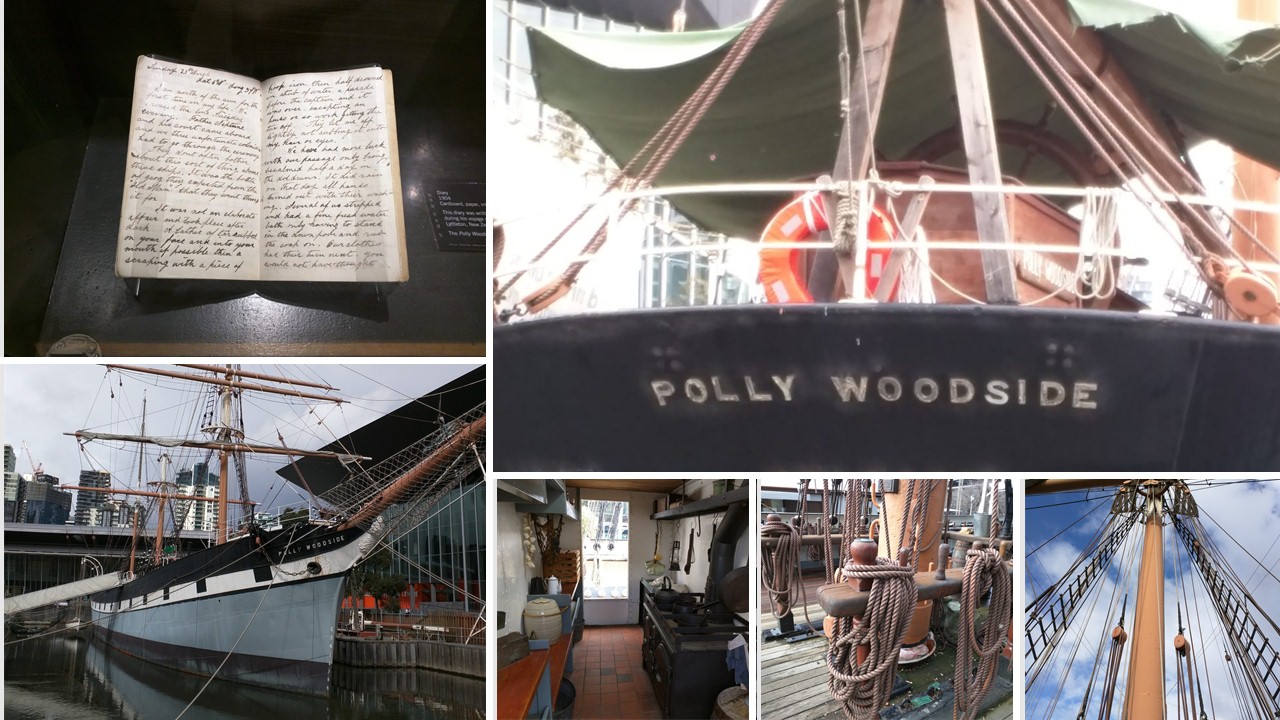 This Historic tall ship traveled 1.5 million miles around the globe, and once did duty as the mythical pirate ship in Peter Pan.

Launched from the same Belfast shipyards some 25 years before the Titanic, the Polly Woodside was a three masted, iron hulled barque designed not for luxury but as a global workhorse, and it ended its days as an ignominious coal lighter in Melbourne.

with only maps, compass, and a sextant to rely on, some ships left on a voyage and were never seen again, though the Polly had an exceptional safety record: Only eight sailors met their end on her watch.

The Polly was little more than a wreck when it was saved and restored by National Trust of Australia volunteers as the last of its kind. The ship was restored to 90 percent accuracy from recreated blueprints, and opened as a living museum in 1978.

It is docked permanently alongside a small but excellent museum, which has many mementos from crew life on board including diaries, letters, pictures, flags, sails and tools.

Once onboard you can smell the tar still used to waterproof the deck, and then see how the officers and regular crew lived uncomfortable lives. A separate bathroom being a luxury only the captain was allowed.

If it is a windy day you might hear the thrash of rigging, or below deck, the creaking groan of the wood.

Post-retirement, the Polly had a brush with the big screen when she was temporarily renamed the Jolly Roger when Australian actors Hugh Jackman and Levi Miller did press for Pan, the 2015 family fantasy movie retelling of the classic tale by J.M. Barrie.

Open at the weekend and during the week days of school holidays, though due to restoration work the hours can be limited; it’s always best to call in advance.