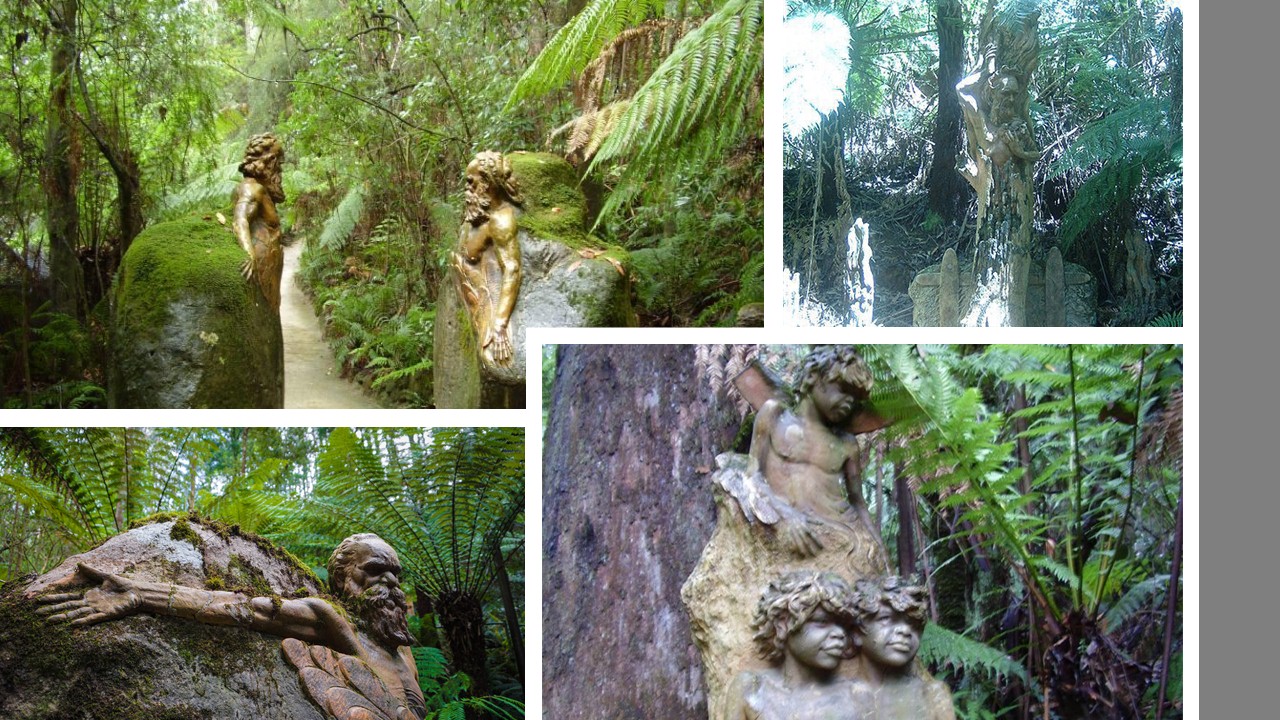 A mere hour from Melbourne, in the Dandenong Ranges, one finds a landscape of huge pine trees and beautiful fern gulliues. In one of such gullies, a man’s life’s work and dreams live on.

Born in 1898, William Ricketts began developing his skill in clay modeling in his teen years. In the 1930s he purchased a four acre plot of land on Mount Dandenong, naming it “Potter’s Sanctuary”.

Beginning in 1934, William Ricketts started work on his clay figures that would soon adorn all of his property. In the 1960s, after having gained some local notoriety for his sculptures, the Victorian Government bought the sanctuary until 1993 when he passed away.

Between 1949 and 1960, Rickett traveled often into the desert interior of Central Australia. It was here that he spent time with both Arrente and Pitjantjatjara indigenous people. These native peoples not only inspired his work as models but influenced his philosophy as well. Rickett is known for his belief that all humans should be stewards of the land, just as the indigenous people he spent time with were.

The goal of his life long project was to provide a relaxing setting where one could reflect on man’s oft forgotten connection to nature. Nestled in a glade covered in fern and mountain ash trees, William Ricketts’ masterpiece feels alive. Some covered in moss, the 92 ceramic sculptures in the park all blend seamlessly into their natural surroundings.

“Each one of us is a transformer of Divine Power and when love finds form in sculpture and music we are richly blessed because through such we can reach God…. Man is nature’s masterpiece, therefore claim your inheritance by giving her the co-operation you owe.